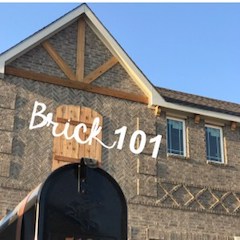 There are hundreds beyond hundreds of different color bricks made in Central Texas. Texas produces more brick than any other state and the reason for this is geography. There is a large vein of clay that stretches across the United States from Central Texas, across Oklahoma and Arkansas, and up into Virginia and Maryland. It has, in varying degrees, the right combination of clay, sand and silt for brick making. Within the belt is an ideal band called the Wilcox formation that has no iron in it, making it even better for brickmaking. It runs from San Antonio up to Arkansas and North Texas sits right in the middle of the largest amount of brickmaking clay.

The clay is removed with strip mining. Strip mining is when heavy equipment, such as earthmovers, first remove the overburden. Overburden is the grass, trees, and any greenery that grow above the clay. Next, huge machines, such as excavators remove the minerals. Clay is removed with strip mining. Strip mining is only practical when the ore body to be excavated is relatively near the surface. This type of mining uses some of the largest machines on earth, including bucket-wheel excavators which can move as much as 12,000 cubic meters of earth per hour. Once all of the clay has been excavated the pit is then filled with water, making a lake, but there are some clay pits that are still being mined 100 years later. 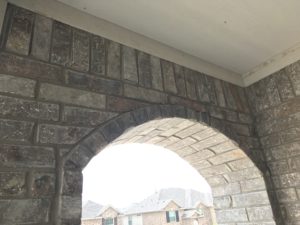 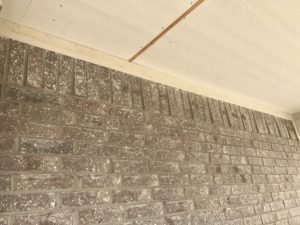 That being said because brick is so abundant in the North Texas, what is often over looked is the amazing masonry work in these homes. The Star Telegram wrote the best article about Texas brick and they included this about the Texas Masons. “The bricklayers came from Mexico in the mid-1900s, when the post-World War II housing boom began. As the building of both commercial and residential structures increased over the second half of the century, more Hispanic construction workers were lured by amount of work available. The Hispanic masons who came from Mexico were often quite skilled. It was an old building tradition and an honored one in Mexico. The masons who came north often brought skills that they used on residential buildings — putting intricate details along roof lines or on facades.These details were not on the architectural drawings or builder’s plans; they were added by the masons. They had a skill level that they flexed, and the results can be seen as you walk the local neighborhoods.” 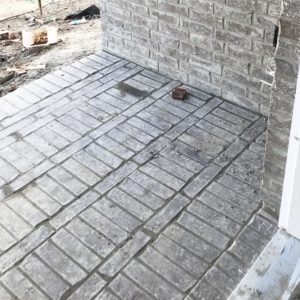 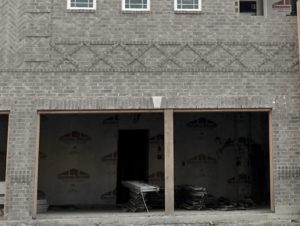 So how did we choose our brick? For us it was based the most on color. We wanted to steer away from the typical red brick. Typically most builders add stone with their brick as an accent, but we are not fans of the stone at all so we also wanted to pick a brick that could stand by itself and look good doing it! When looking at several brick samples, for us it was about which brick had the most grey and white in it. This lead to the Union City Collection. More specifically from this collection we picked Flint Ranch.